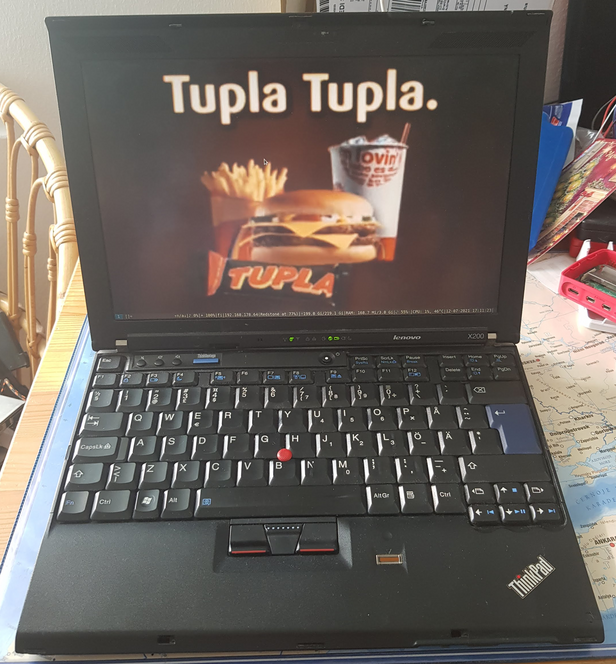 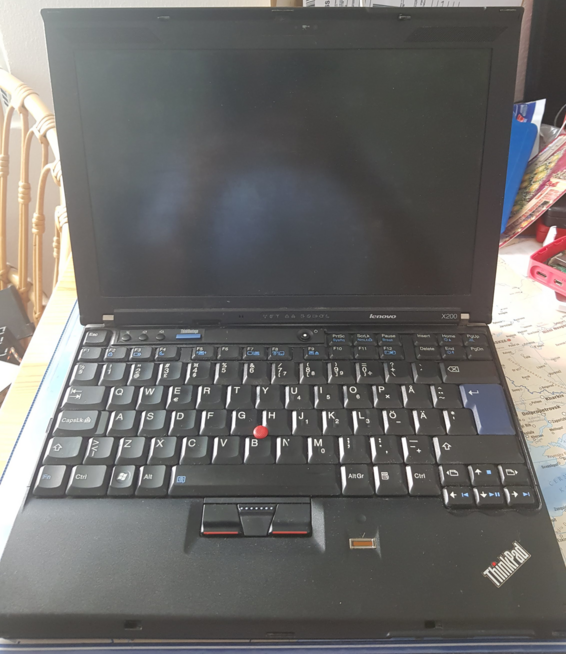 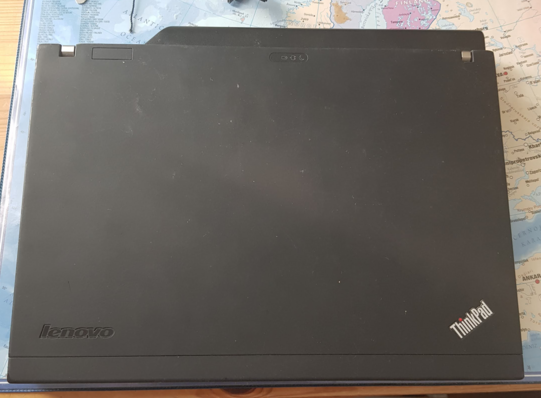 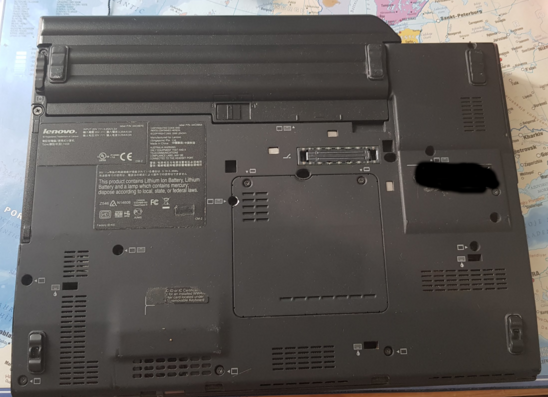 I bought my ThinkPad X200 of of a seller on a local graigslist-equivelant here in Finland in the summer of 2020. I paid 80€ for the ThinkPad, the docking station, a 6-cell battery, the power supply, and the shipping expenses. At the time I considered this to be quite a good deal, since the machines were become quite rare on the European markets.

My initial plan for the X200 was to libreboot it and then mess around with it and eventually resell it, but I ended up using it as my daily driver in school for one semester. I didn't encounter a lot of major problems while using a laptop from 2008 for schoolwork in the year 2020-2021 but I did still encounter some.

As the web has become extremely bloated in the last 10 years or so, and almost every webpage requires atleast some amount of JavaScript to even function correctly, it was quite obvious that my X200 didn't reach the necessary requirements for a "surfing laptop". But apart from a small minority of stuff I had to do at home with my Dell Precision T5600 workstation running two Xeon E5-2650 8-core processors and a GTX 1600 I mostly got away with using the X200 just fine.

Almost immediately after receiving the ThinkPad I flashed it with libreboot. Unfortunately I ran into some problems when trying to boot to the Finnish Matriculation Examination system called Abitti. The problems were mostly due to how stupidly the exam system is setup but after a couple of nights of missed sleep I decided to return to the vendor bios. I re-flashed my X200 with coreboot after the semester had ended. I chose coreboot because I wanted to mess around and test different configs and payloads. I also knew that if I would get purchase a more recent ThinkPad model, I'd be forced to use coreboot on it as libreboot doesn't support hardware more recent than the X200-T400-T500 era.

Using the X200 helped my workflow to become more text-based and lightweight and during that semester I consider myself truly becoming a master of vim. Additionally I also moved from easy-to-setup linux distributions to more minimal installations and left GNOME in the favour of the more lighweight tiling window managers, and eventually ended up using DWM on every system.

During this time period I also grew more fond of the GNU/Linux way of doing things, and eventually in the spring of 2021 ended up selling my aforementioned gaming rig which was running windows at the time. My motives for selling it did still mostly lie on the fact that even after 3 years of usage I could turn the machine into profit by selling it during the chip-shortage. Additionally I had also grown to realize the fact that gaming was quite a stupid waste of time and that I could spend all that time doing something useful and productive instead and my best solution for the gaming problem was to sell the gaming computer.

Something I find quite amazing is that from the spring of 2021 to the summer of that same year there was a brief time period where the X200 wasn't just my daily driver, but also the only available machine for me. Surprisingly I don't remember running into any problems perhaps thanks to my light Archlinux setup I'd been building for almost a year then.

My ThinkPad X200 is configured with a Core 2 Duo P8400. When I purchased it, it came preinstalled with a 240GB SSD and 4GB of ram which I immediately upgraded to 8GB with a stick I had laying around. The X200 also came with a WWAN module and a SIM-card slot but I decided to remove the WWAN card since I had no use for it and it was only 3G anyways. The last thing I did was I ordered an aftermarket 9-cell battery from Ebay which I have been primarily using on the ThinkPad ever since. I've been keeping very good care of the battery all the way from the beginning, which can be seen in a 100% capacity after ~300 cycles reported by `tlp-stat -b`. I've achieved this by setting the charge thresholds to 50% and 80% respectively and by rarely going under 30% of battery.

The thing I love most about my X200 and most likely the only reason why I haven't sold is already is the fantastic 7-row classic keyboard. I'd choose that keyboard for typing over any other keyboard in the world, any day. Fortunately the seller of the X200 also included a spare keyboard as a bonus. The keyboard is otherwise perfect but it lacks the TAB-key and the ThinkVantage button. I'm planning on converting that keyboard to an external keyboard at some point using an arduino-like microcontroller, on a custom PCB and printing the chassis on my AnetA8 3D-printer. But at the time of writing this article, the keyboard is still laying under my bed in a box waiting for the day when I somehow find the time and the motivation to work on such project.

What I'm currently running on the machine

Currently I'm running an installation of Arch linux on the corebooted X200. You can learn more about my linux config here but to sum it up: I use systemd (only on the X200 tho) and DWM is my WM. Brave is my browser. (neo)Vim is my editor. Zsh is my shell. St is my terminal-emulator... You get the basic idea...

I've also released my coreboot config for the X200 together with some other usefull stuff. All that can be found here

What I use the machine for

At the moment the machine is sitting in the corner of my room, in it's dock which has a 2TB 2.5" harddrive in it. On it is running transmission-daemon which is most likely seeding some Linux-ISOs. Apart from that the machine has really no uses exept for the occational times when I take it for typing stuff on the aforementoned amazing keyboard and even despite the lack of uses for it right now it is still a valuable relic to keep have around :).